The Sportster is a line of motorcycles produced continuously since 1957 by the Harley Davidson motor company. Sportster models are designated in Harley-Davidson’s product code by beginning with “XL”. In 1952, the predecessors to the Sportster, the Model K Sport and Sport Solo motorcycles, were introduced. These models K, KK, KH, and KHK of 1952 to 1956 had a flat head engine, whereas the later XL Sportster models use an overhead valve engine. The first Sportster in 1957 featured many of the same details of the KH including the frame, fenders, large gas tank and front suspension.

Sportster motorcycles are powered by a four-stroke, 45 degree V-twin engine in which both connecting rods, of the “fork and blade” or “knife & fork” design, share a common crank pin.

Sportster engines retained the K/KH design crankcase design, in which the transmission is contained in the same casting as the engine, and driven by the engine with a triple-row #35 chain primary drive and a multi-plate cable-operated clutch. Models since 1991 have five speeds; 1990 and earlier models had four speeds. 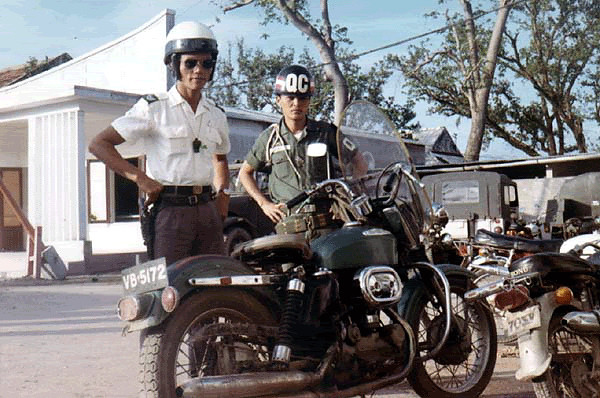 The engine was mounted directly to the frame from 1957 through the 2003 model year. While this system allows the bike to be somewhat lighter with more precise handling, it also transmits engine vibration directly to the rider. Sportsters released in 2004 and later use rubber isolation mounts and tie links to limit engine movement to a single plane, which greatly reduces vibration felt by the rider. Buell motorcycles built with variants of the Sportster engine have used a rubber mount system since 1987.

The Model K, from which the Sportster evolved, was the first civilian motorcycle produced by Harley-Davidson with hydraulic shock absorbers on both wheels. Common usage calls this a K Model. 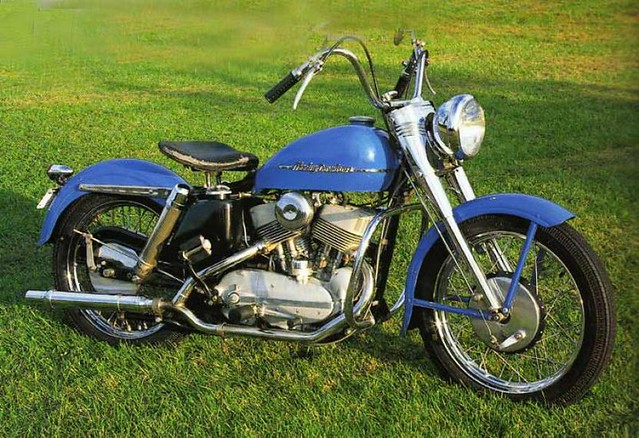 This is developed from the earlier 45 W model, but with the revised flat head engine and new 4-speed transmission contained in the same castings as would become the Sportster. The connecting rods would be inherited by the Sportster along with many other design features and dimensions. 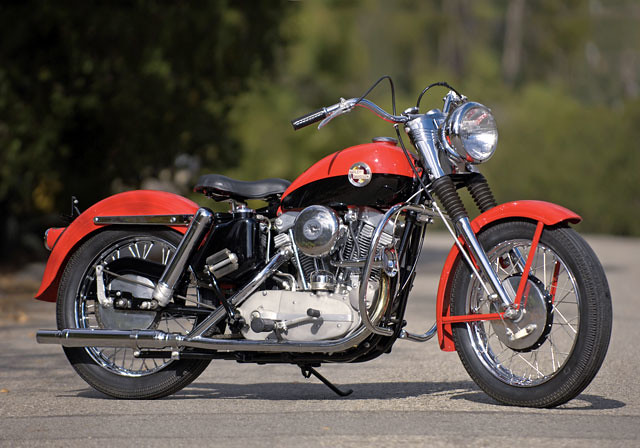